So, this sounds important.

Study Links Common Chemical In Cosmetics And Toothpaste To Osteoporosis

(CNN) — Exposure to a chemical commonly used to reduce bacterial contamination in cosmetics, toothpaste and products like toys and clothing may come with an unintended risk — osteoporosis. That’s according to a study in Tuesday’s Journal of Clinical Endocrinology & Metabolism.

The study looked at data from 1,848 women between 2005 and 2010 and found that women who had higher levels of triclosan in their urine were more likely to develop osteoporosis later on in life. Osteoporosis is a metabolic bone disease in which a person loses bone mineral density. With the bones weakened, it puts a person at an increased risk for fractures, back pain and loss of height.

This the first such study to find this connection, researchers said.

Researchers think there is a negative connection between bone health and triclosan in part because it interferes with the function of the thyroid. Earlier studies have shown that an imbalance with the thyroid can cause bone loss and increase a person’s risk for fracture.

Triclosan is an ingredient that had been used in some hand sanitizers, toothpastes and cosmetics as well as kitchenware, toys, furniture and clothing. It’s added to products to prevent bacterial contamination according to the US Food and Drug Administration.

In 2016, the FDA started to restrict the use of triclosan and other chemicals in some consumer products because they were not proven to be safe and effective for long-term daily use. In April, the FDA issued a final rule banning it for use in over-the-counter hand sanitizers in the United States. It is, however, still in some products.

Some past studies looking at its use in toothpaste seemed to suggest it was safe, but said more research was needed.

“As Many As A Million Calves Lost In Nebraska” – Beef Prices In The U.S. To Escalate Dramatically In The Coming Months: 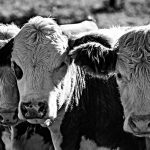 According to Agriculture Secretary Sunny Purdue, there “may be as many as a million calves lost in Nebraska” due to the catastrophic flooding that has […]

The 12 signs of breast cancer that everyone needs to be aware of:

Be warned: Older adults who take PPIs have a 44% increased risk of developing dementia:

TRIPLETS all become autistic within hours of vaccination… see shocking video that has the vaccine industry doubling down on lies and disinfo:

…healthy triplets all became autistic within hours of vaccination, once again demonstrating that vaccines cause autism.

Super-high levels of toxic aluminum found in brains of autistic patients: aluminum is present in many vaccines: 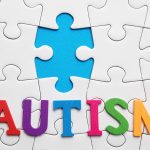 Here I am printing the abstract of a new study: “Aluminium in brain tissue in autism.” The publication is Journal of Trace Elements in Medicine and Biology. […]

Chili peppers found to be a powerful natural cure for depression: